Call us on the number below:

Plant a tree in memory of Marcia
An environmentally-friendly option 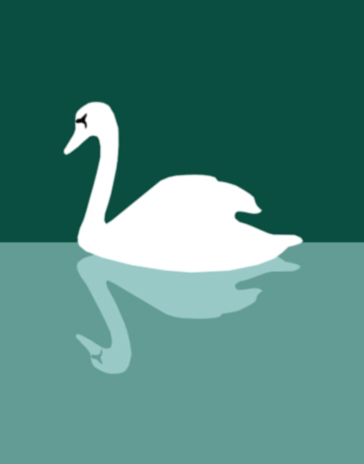 Marcia "Marty" Pethtel Hickerson passed away at home on April 17, 2021, due to complications from Alzheimer's Disease. She was 68 years old.

Marty, as she was known to friends and family, was a cherished wife, sister, mother, grandmother, and friend. “She was simply best person I have ever known,” her daughter, Kelly, said.

Born on February 12, 1953 in Berea, Ohio, Marty grew up in Baton Rouge, Louisiana. She married the love of her life, Stan Hickerson, on January 3, 1973 at First United Methodist Church in Baton Rouge.

After graduating from Louisiana State University, Marty started H & H Embroidery and Promotions as a young mother in her 20s. The business, which put logos on clothing, grew from one small room with an embroidery machine imported from Germany to an entire building. H&H Embroidery and Promotions served the Baton Rouge community and beyond for 40 years, long before “branding” was what it has become today. Her clients included a multitude of local businesses as well as The White House, The Secret Service and HMX-1, the elite Marine Helicopter Squadron responsible for transporting the President.

Marty treasured her employees, including those who were with her for more than 30 years. They included: Deng Panyanouvong, Ouradone Vilaysack, Carol Sanchez LaFleur, and Melanie Winterton Macaluso. While Marty expected a lot from her team, she gave from the depths of her heart and treated them like family, which included welcoming their children at work when childcare challenges arose.

Macaluso said, “Marty was the kindest person you would ever meet and loved with her whole heart all of the time. Her laughter was contagious. Her ethics were rock solid. She was sunshine and whiskey. A large part of who I am today can be contributed to her influence in my life. She has celebrated some of the happiest moments and carried me thru some of the darkest days with her love and encouragement.”

A compassionate soul and firm believer in small acts of kindness, Marty hoped to leave the world a better place than she found it, and she certainly did. Long before Baton Rouge had recycling pickup, Marty insisted her family gather and recycle their cans. She told her daughter, “Every little good thing you try to do counts.” She never passed up a stray dog without making it her own – literally – and lavishing it with a lifetime of love. And she never missed an important event for her friends or family.

Marty believed in being there whenever and wherever she was needed, whether that meant creating handmade Halloween costumes for her daughter while working full time, or joyfully attending every single one of her grandchildren’s baseball and volleyball games. And she knew how to have fun. She traveled to Europe with her girlfriends. She took her grandchildren to Blue Bayou Water Park, not to watch them go down a giant water slide, but to go down it with them, shrieking and laughing all the way.

Though Marty’s memory was failing for years, few people knew the extent to which she struggled. Her indomitable spirit kept her pushing through.

Marty was preceded in death by her mother and father, Beverly Robinson Pethtel and Richard Taylor Pethtel; and her sister, Barbara Jordan Hastin.

The family would like to thank Lisa Wyatt Tynes, who helped care for Marty in the trenches of her devastating illness, as well caretaker Barbara Dawson and hospice nurses Sally Graugnard and Bobbi Delk.

In lieu of flowers, please consider a donation to Alzheimer’s Services of the Capital Area in Baton Rouge; the animal shelter of your choice; or a small act of kindness done in Marty’s memory.

Plant a tree in memory of Marcia by clicking here.
To send flowers to Marcia's family, please visit our floral store.

A service summary is not available

Plant a tree in memory of Marcia
An environmentally-friendly option

Plant a tree in memory of Marcia

1 tree planted in memory of Marcia

Be the first to share your favorite memory, photo or story of Marcia. This memorial page is dedicated for family, friends and future generations to celebrate the life of their loved one.

We ask on behalf of the family that you keep your comments uplifting and appropriate to help all who come here to find comfort and healing.

Plant a tree in memory of Marcia