Call us on the number below:

Plant a tree in memory of Michael
An environmentally-friendly option 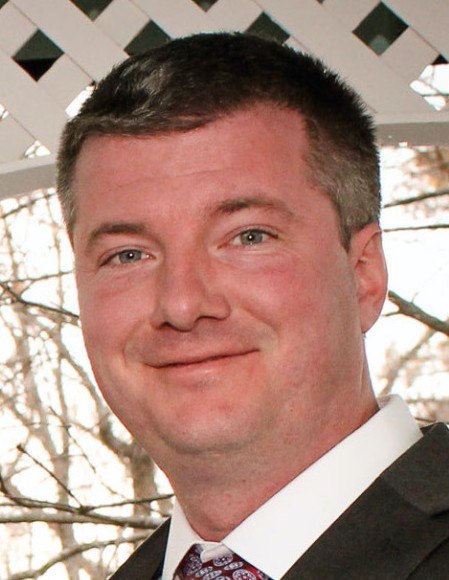 Michael Ethan Kinberger, 43, passed away on March 31, 2021. He was the beloved husband of Jennifer Alford Kinberger and cherished father of Hannah Kinberger. Michael loved nothing more in this world than being a father and would frequently tell others that Hannah was the best thing that he had ever done in his life.

Michael was born on March 12, 1978 to Kathleen "Kitty" Mary Kinberger.  He was raised on the west side of the Mississippi River between Plaquemine and Morganza.  Michael was a student at Pointe Coupee Central High School, but graduated from St. John in Plaquemine. After graduation, Michael held a variety of jobs, from pizza delivery to private investigator.  He would eventually work for Jacobs and Turner Industries until 2007 when he was hired as an assistant operator at the ExxonMobil Refinery.  He became a seated operator on the HCN/ICN unit in 2017. His co-workers describe him as mechanically-gifted, reliable, and hard-working. He was always proud that he was only late for work a handful of times in fifteen years.

Michael enjoyed so many hobbies. He loved working on cars, especially his Mustang and Corvette.  The faster, the better. Michael enjoyed all types of music, but especially the blues, "dirty south," and 80s music.  He couldn't sing, but he sure could dance. He was an avid collector with an encyclopedic knowledge of firearms. He was a target shooter and did not hunt because he had a soft spot for all animals.  Even as an adult, he was a big kid at heart.  He constantly tinkered with his toys and gadgets. He enjoyed building Lego with Hannah.  He was the chef of the family and loved cooking for his family and friends. He held the true secret to his grandmother’s cornbread dressing and was the only one that could make it taste like hers. He spent every minute he could with his daughter and took her on wild and amazing adventrues.  She had him wrapped around her finger from the moment she was born. He will be remembered for so many things, especially his ability to make everyone around him laugh. He was the man everyone could count on in times of need.  He had the most amazing blue eyes.  He was known as  Bubba, Burga, Berg, Berger, Stripe, and Mike Mike. But his favorite nickname was Da.

Our only true comfort at this time is knowing that he was greeted on the other side by his grandparents, Edwin "Da" Kinberger Jr. and Mildred "Granny" Landry Kinberger, his uncle and aunt, Thomas and Cynthia Kinberger Bride, and his best friend, Jason Juneau. Hannah gleefully stated that Da and Mr. Jason were in Heaven and having a beer at 5:30.

A memorial service and celebration of life will be held on April 30, 2021 from 6 p.m until 10 p.m. at the Burden Museum and Gardens located at 4560 Essen Lane, Baton Rouge, Louisiana 70809.  The family asks everyone to wear blue as it was Michael's favorite color.

In lieu of flowers, the family requests that donations be made to the NAMI Louisiana: National Alliance on Mental Illness, https://namilouisiana.org/get-involved/donate_now/.

Plant a tree in memory of Michael by clicking here.
To send flowers to Michael's family, please visit our floral store.

A service summary is not available

Plant a tree in memory of Michael
An environmentally-friendly option

Plant a tree in memory of Michael

15 trees planted in memory of Michael

I will love you always.
Jennifer Kinberger

Dear Kitty, Jennifer, Rachel, and family, May God's grace
comfort you as the branches of His mighty trees protect and bless His creation. I'm sure you are in His loving arms at this very moment.
Laure Van Kerkhove

A Memorial Tree was ordered in memory of Michael Ethan Kinberger by Laure Van Kerkhove.  Plant a Tree

Godspeed Michael! Jennifer, you and Hannah and your whole family are in our prayers. We send you love and light!!
Curtis and Teresa Shiflet

A Memorial Tree was ordered in memory of Michael Ethan Kinberger by Curtis and Teresa Shiflet.  Plant a Tree

A Memorial Tree was ordered in memory of Michael Ethan Kinberger.  Plant a Tree

A Memorial Tree was ordered in memory of Michael Ethan Kinberger.  Plant a Tree

Plant a tree in memory of Michael